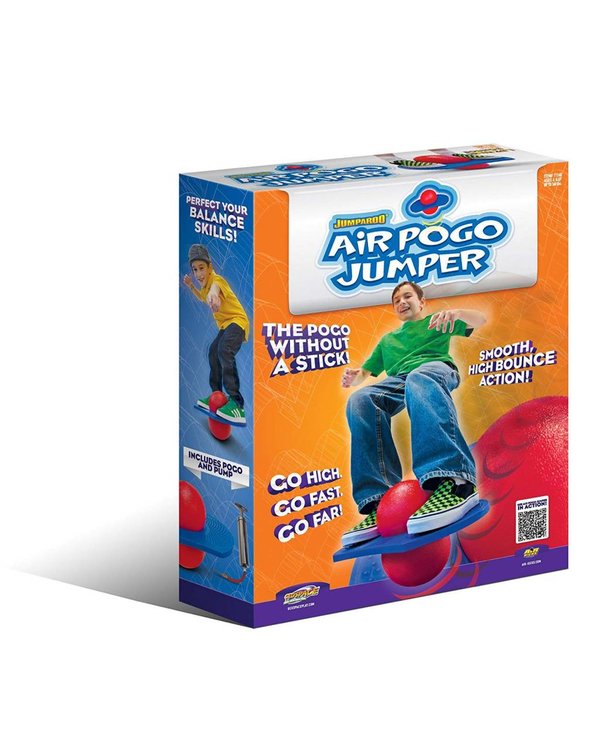 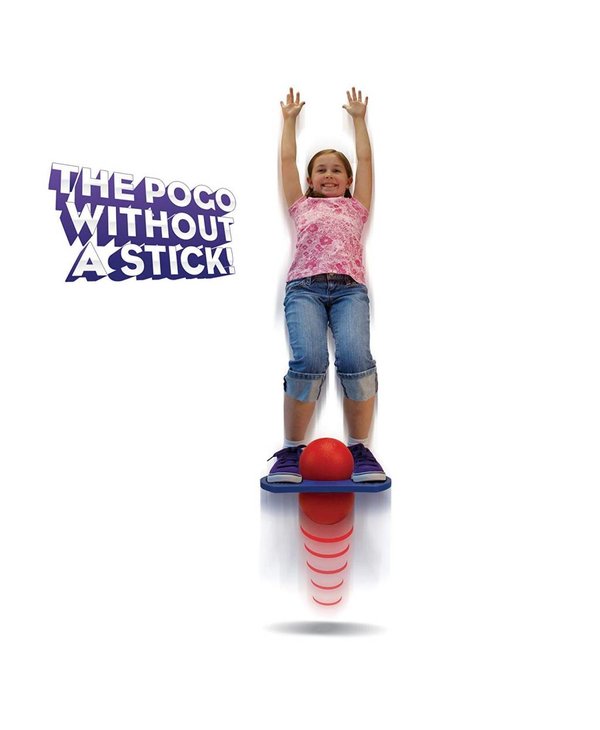 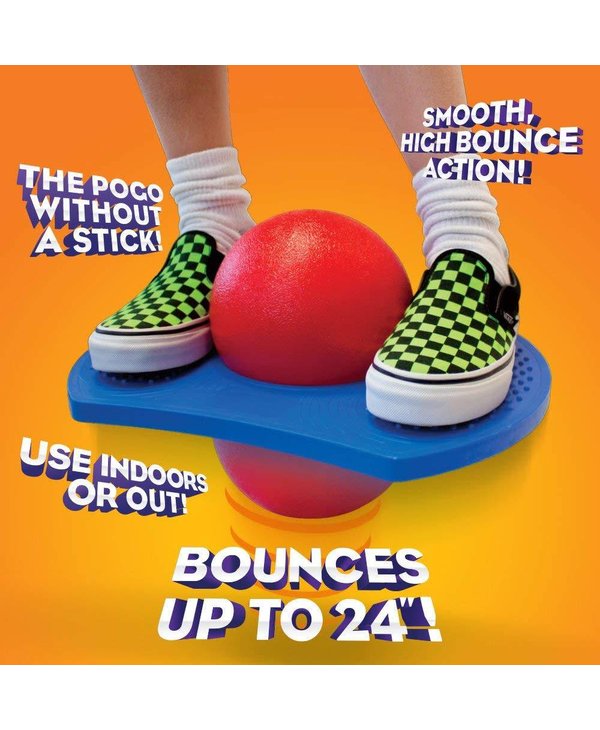 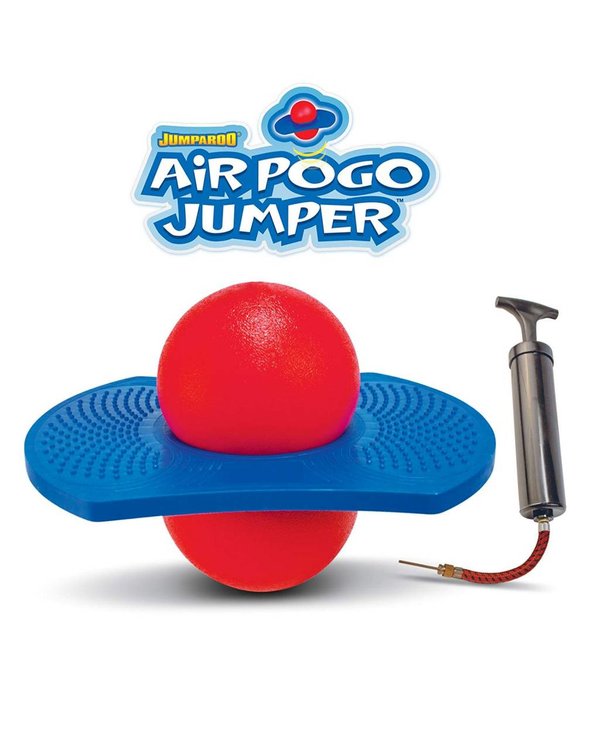 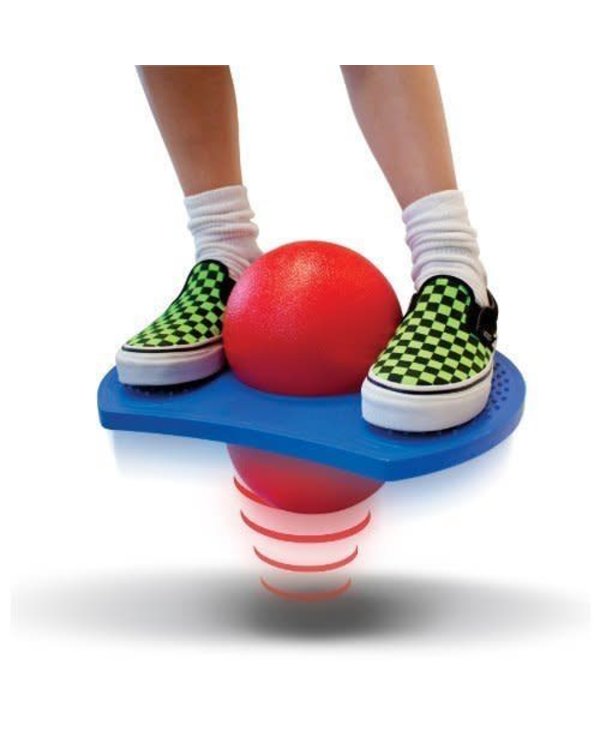 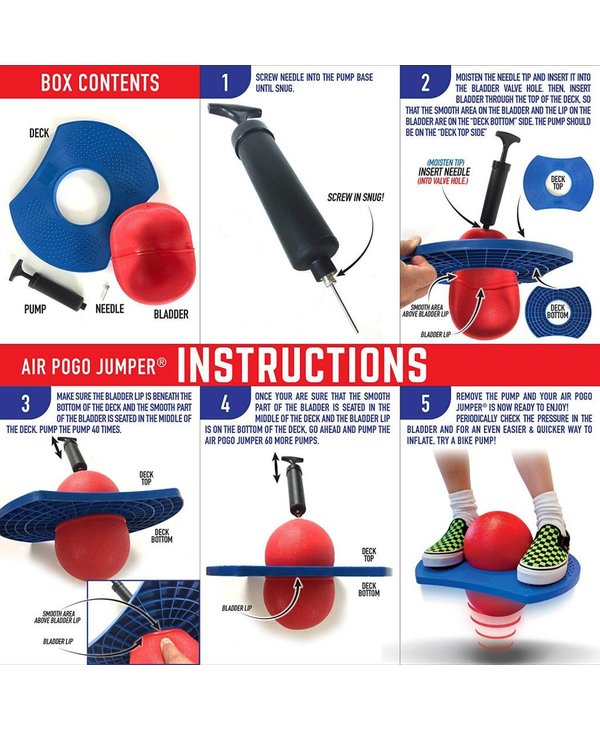 One look is all it takes. Next thing you know kids are hopping up onto the Geospace AIR POGO JUMPER, gripping the ball with their feet, and bouncing away like a Kangaroo on a mission. You can jump up and down, bounce up and spin, bounce your way across the room or down the street! There's no stopping kids once they've mastered the basics. Not only is AIR POGO JUMPER great fun, but it also builds strength, endurance, coordination, and balance. The rugged, inflatable ball nestles inside a tough polymer platform, and is suitable for use indoors (with plenty of space) as well as outdoors. Geospace now has an iPhone/iPod App called Boing-O-Meter that is ideal for use with AIR POGO JUMPER and all of the Geospace Pogos, which include the JackHammer Extreme Pogo Jumper, all of the Jumparoos, and the Boing! Pogo Sticks, including the new Boing! JR! With the Boing-O-Meter, you can challenge yourself by trying to beat your best score for number of bounces in a row, you can challenge a friend, or even try to get on the worldwide leader board!

C$59.99
By using our website, you agree to the use of cookies. These cookies help us understand how customers arrive at and use our site and help us make improvements. Hide this message More on cookies »