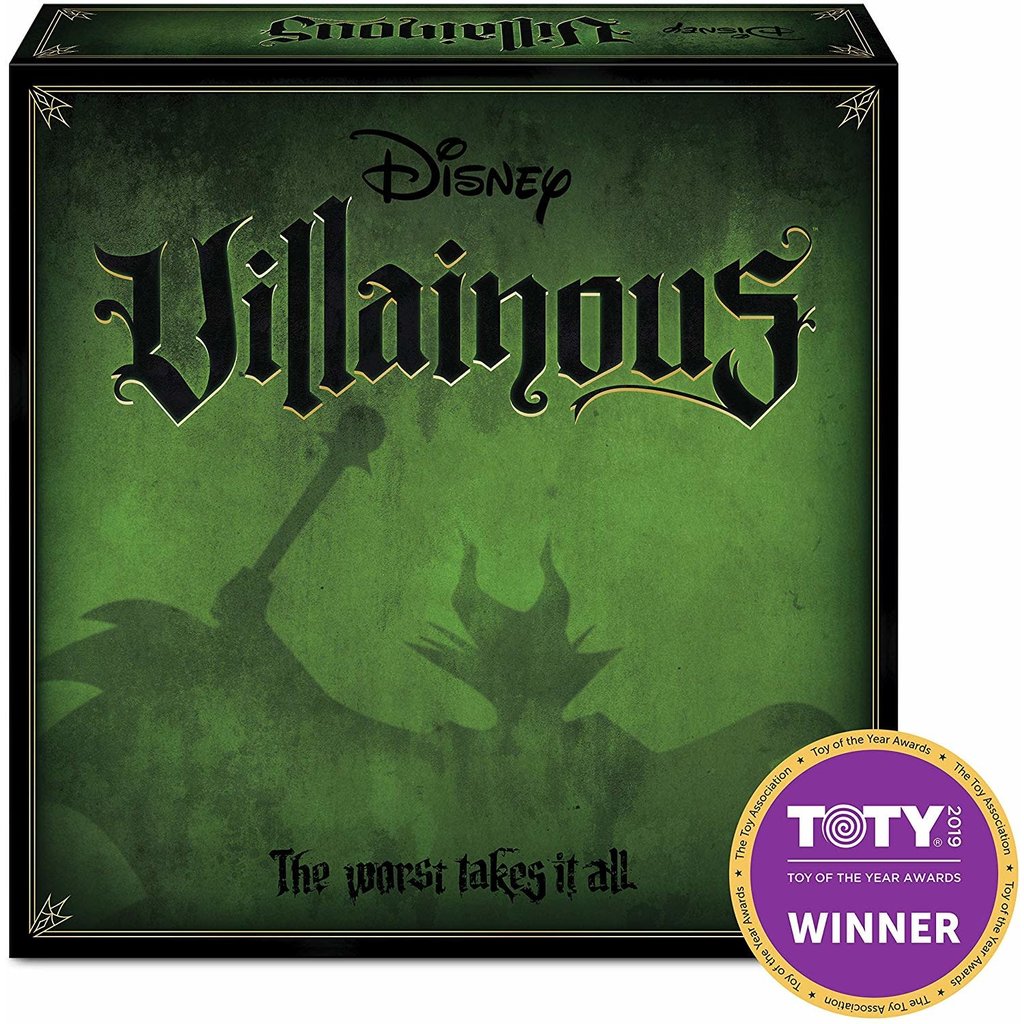 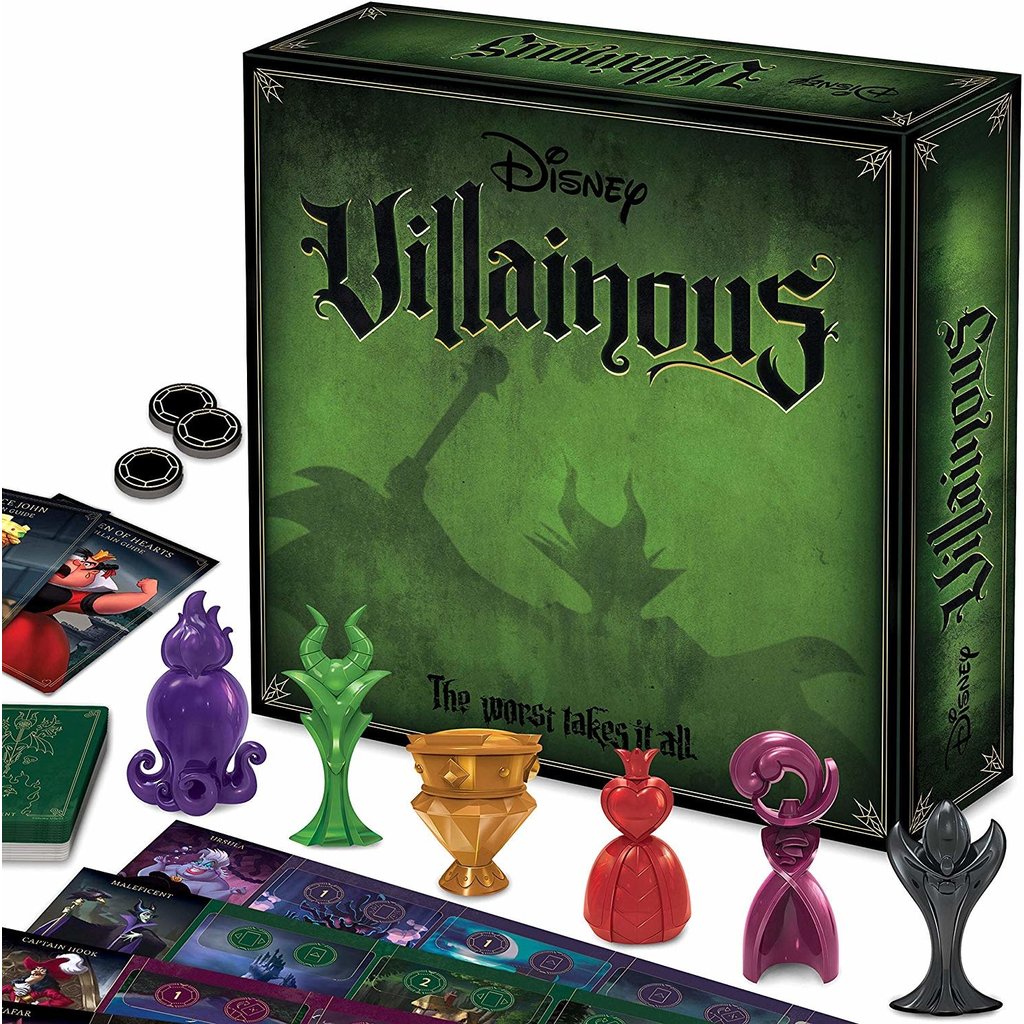 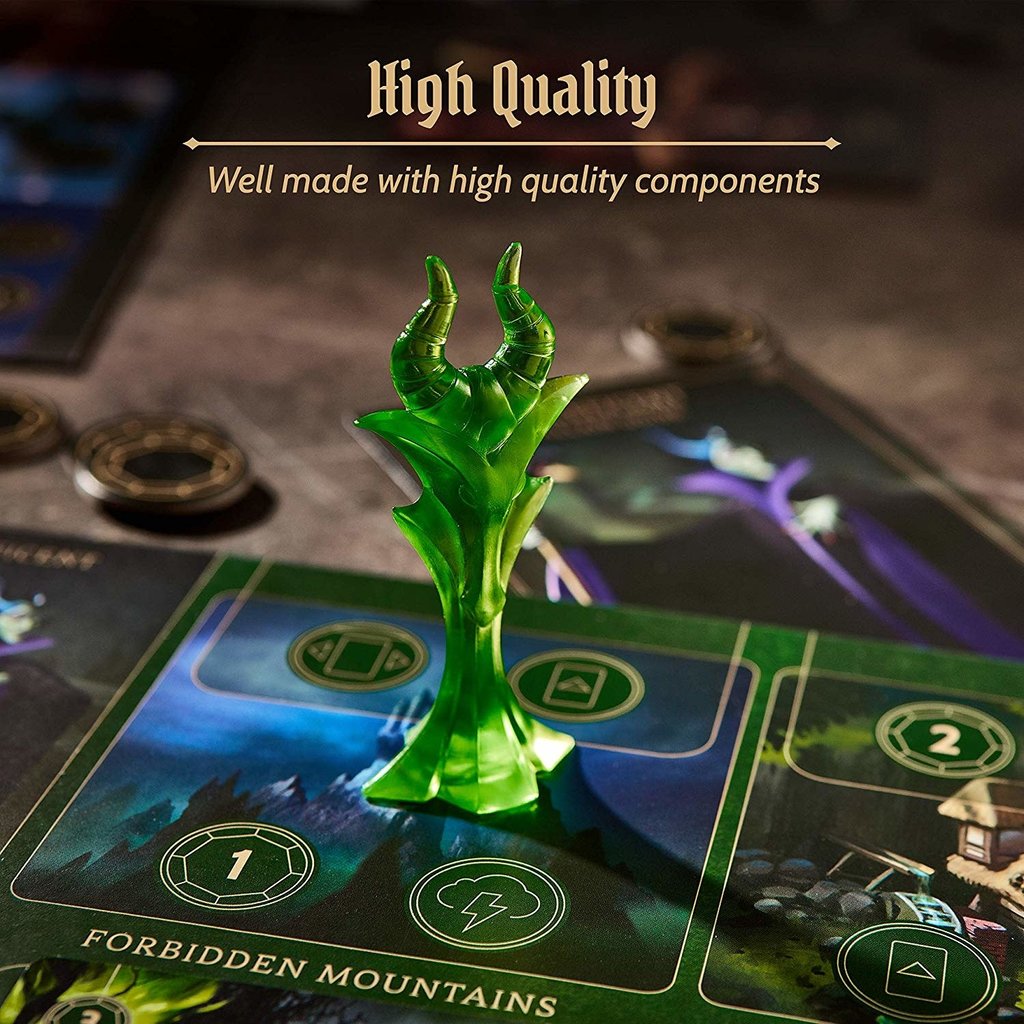 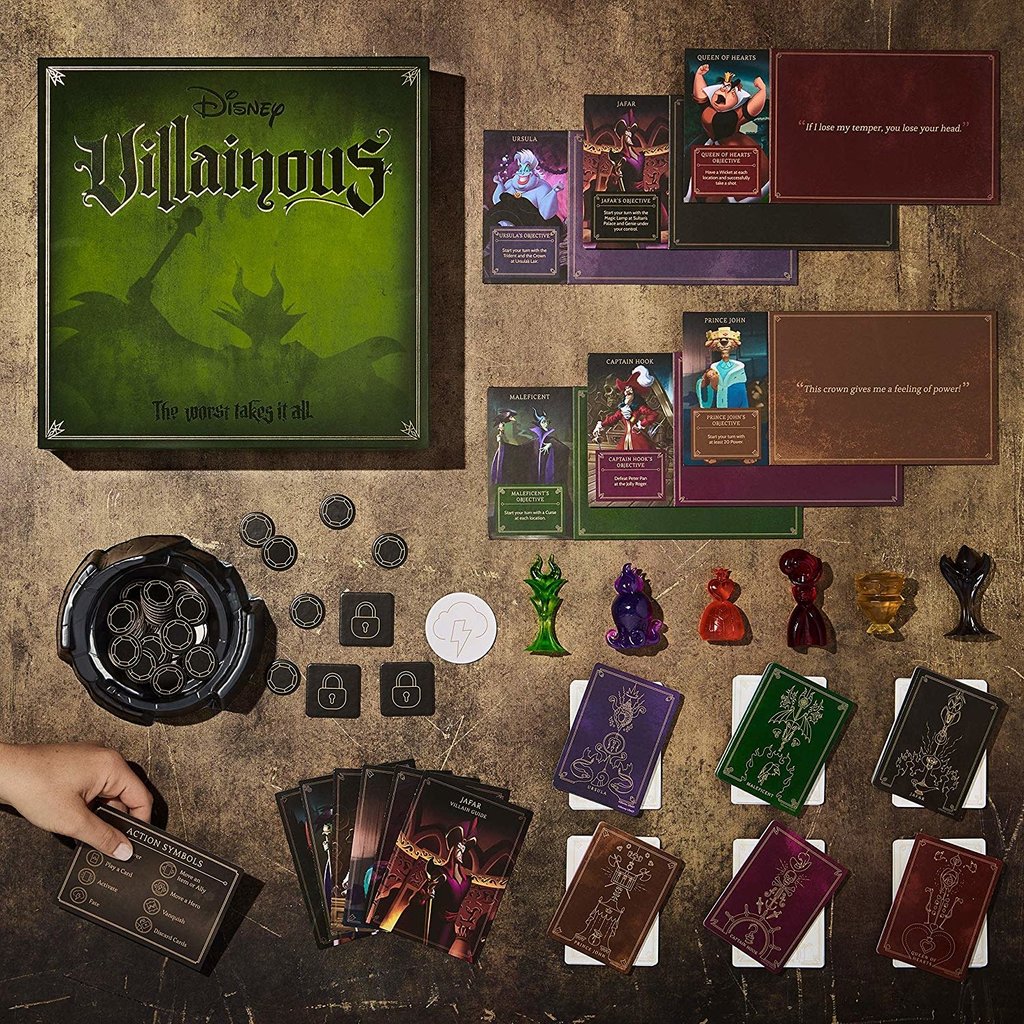 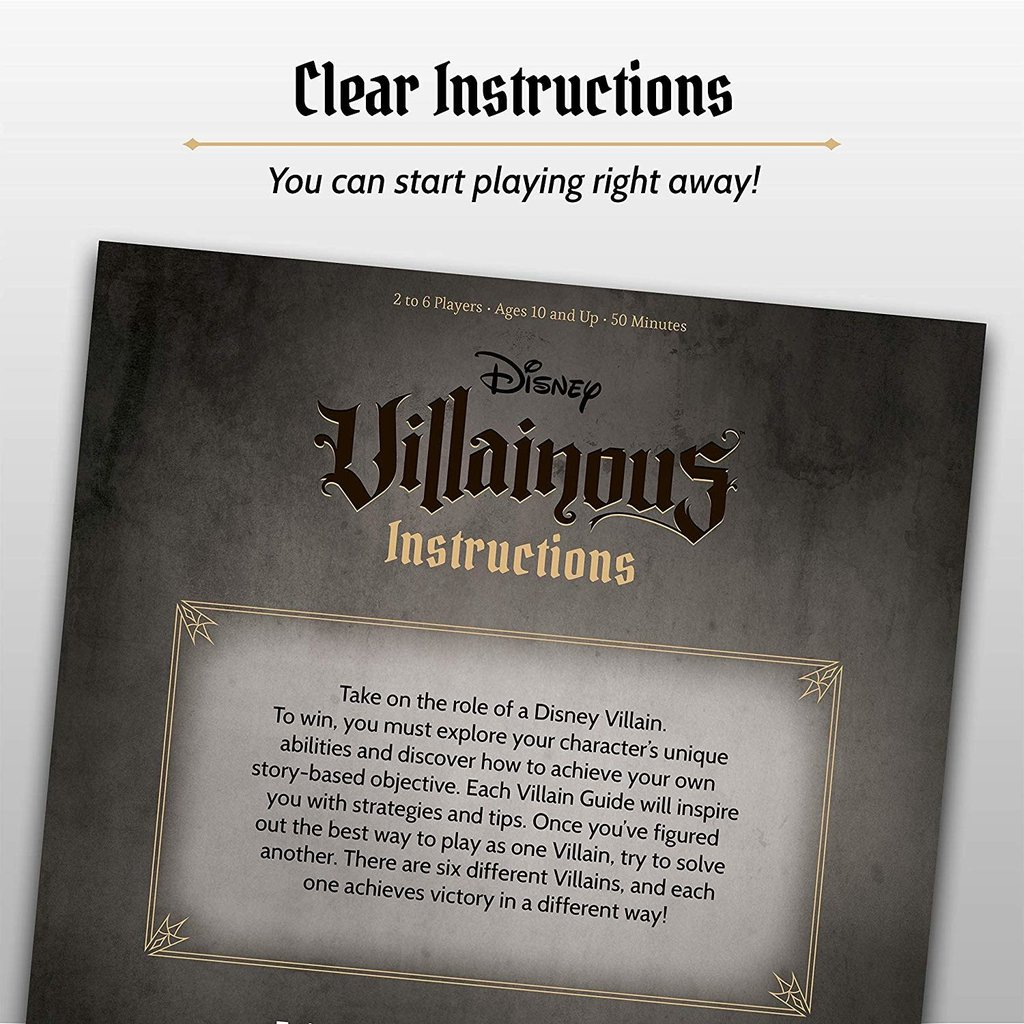 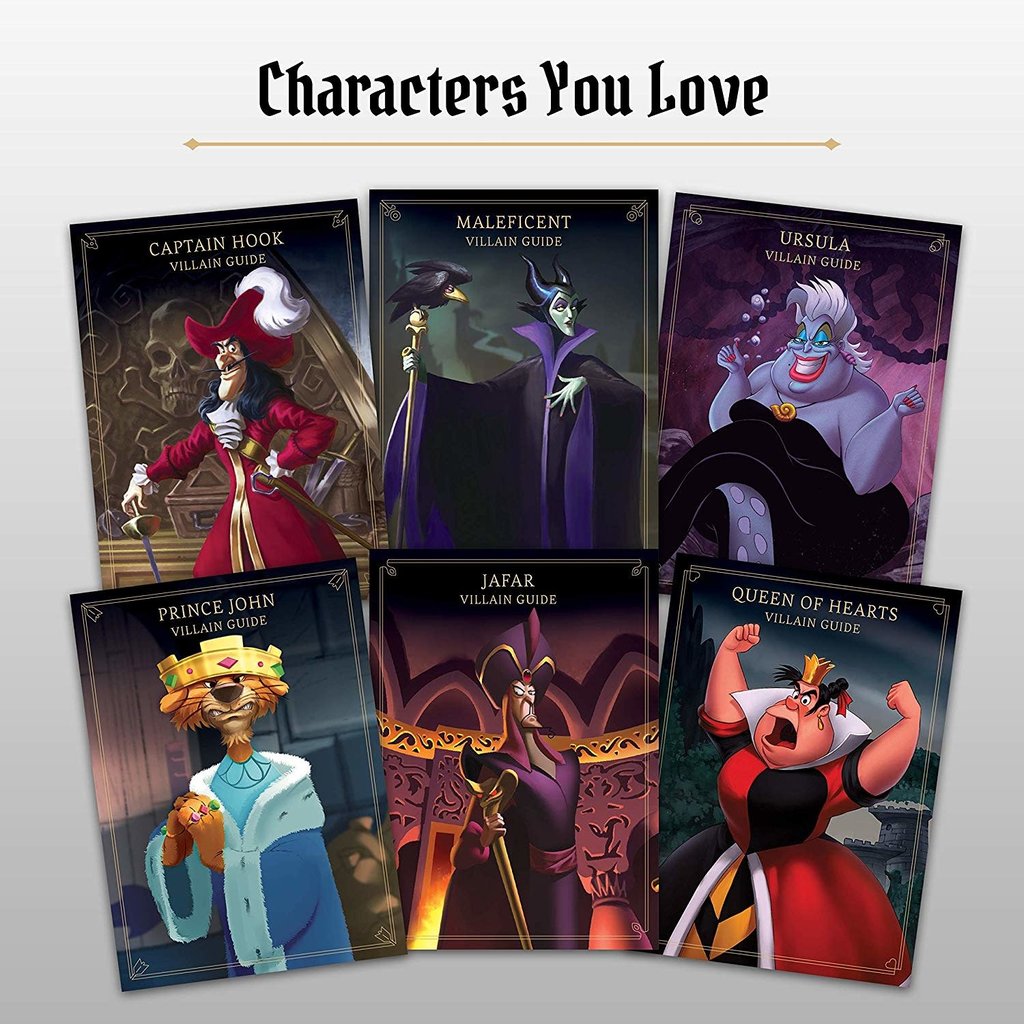 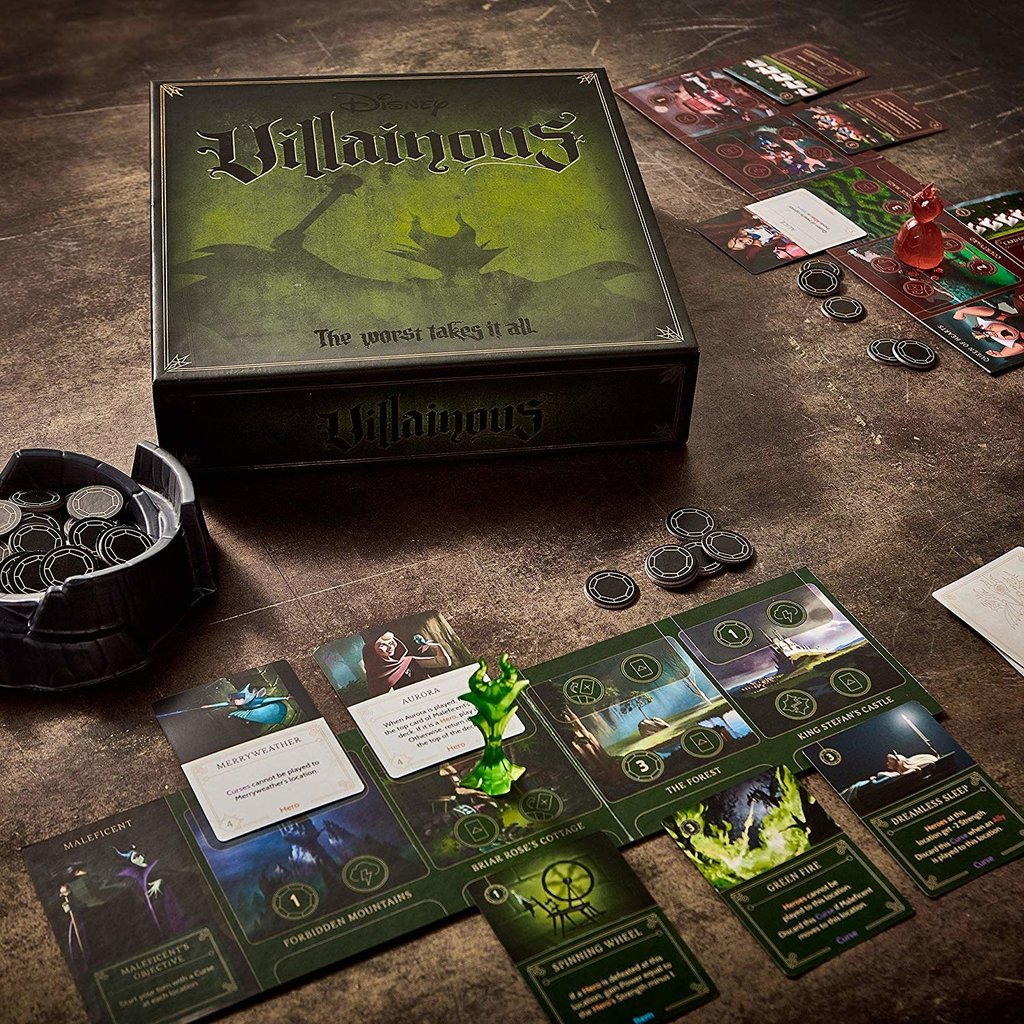 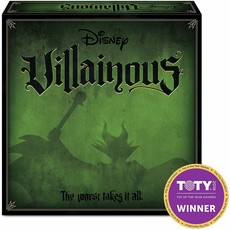 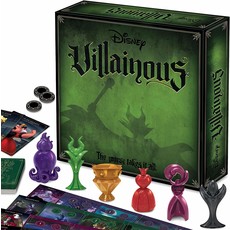 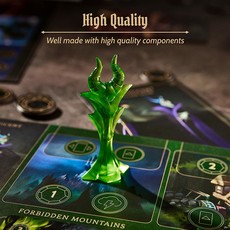 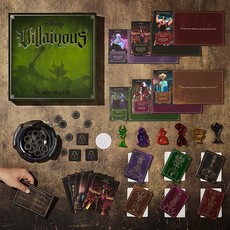 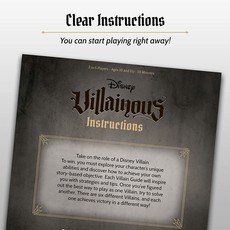 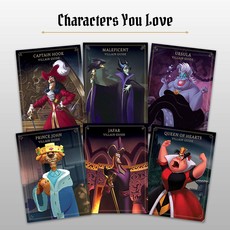 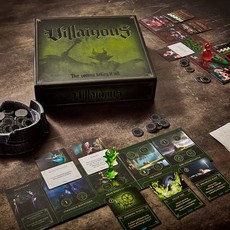 In this epic contest of sinister power, take on the role of a Disney villain and strive to achieve your own devious objective. Discover your character’s unique abilities and winning strategy while dealing twists of fate to thwart your opponents’ schemes. Find out who will triumph over the forces of good and win it all!

The Worst Takes It All!

A strategy board game fit for gamers, families, and fans!

Playing as favorite evil-doers like Maleficent, Ursula, and Captain Hook, players will take on the role of the Disney Villain and plan their schemes methodically in the way of their Disney Villain to reach their objective before everyone else. Set traps, wield curses, leverage your allies, and most importantly, be cunning!

Perform actions on your turn to help reach your objective!

Beautiful, custom-designed movers are inspired by their respective Villains. Players will be transporting their movers from location to location in their realm as they scheme their way through the game.

No Villain without their Protagonist

Each Villain has a Fate Deck that other players will use against them during the game.

Just like in the films, there are no two Villains alike! Thus, each Villain's story is fully represented in their decks and their objectives. So, whether you're trying to once and for all defeat Peter Pan as Captain Hook, or steal the Magic Lamp as Jafar, every time you play you will be reliving the magic of these films in a new and surprising way!

Each Villain Comes With a Guide To Help You Scheme!

Because each player has their own objective, the Villain Guides are key to helping you scheme, remember your goals, and leverage your Villain in the best way possible! 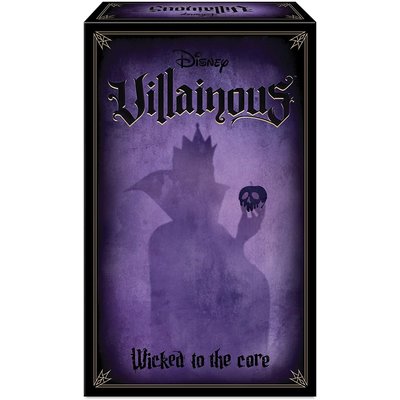 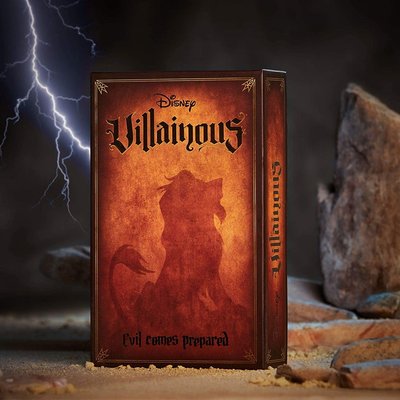